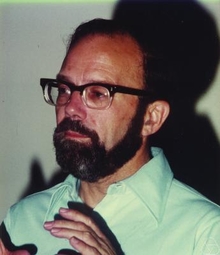 Vic Klee passed away on August 17, 2007 in Lakewood, Ohio.  Klee was a distinguished member of our department for nearly 54 years.  Klee's research covered a wide range of interests that included convexity, functional analysis, optimization, the theory of algorithms, and various aspects of combinatorics and geometry.  His list of publications contained 246 items as of the year 2000.

Klee played a key role in establishing an international reputation for the UW Mathematics Department.  He helped to bring other outstanding mathematicians to UW as faculty members, visitors and postdoctoral researchers.  He had thirty-six PhD students, including thirty-four in Mathematics, one in Applied Mathematics, and one in Computer Science.  Klee received many honors, including a Guggenheim Fellowship, the Ford Award (1972), the Allendoerfer Award (1980 and 1999), and the Award for Distinguished Service (1977) from the Mathematical Association of America, as well as honorary doctorates from the University of Trier, the University of Liege and Pomona College.  He served as President of the MAA from 1971 to 1973, was a Fellow of the American Academy of Arts and Sciences, and Fellow of the American Association for the Advancement of Science.