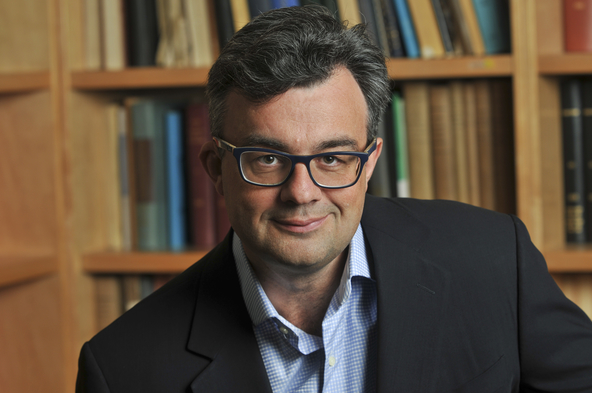 Emmanuel Candès is the Barnum-Simons Chair in Mathematics and Statistics, and professor of electrical engineering (by courtesy) at Stanford University.  Up until 2009, he was the Ronald and Maxine Linde Professor of Applied and Computational Mathematics at the California Institute of Technology.  His research interests are in applied mathematics, statistics, information theory, signal processing and mathematical optimization with applications to the imaging sciences, scientific computing and inverse problems.  Candès graduated from the École Polytechnique in 1993 with a degree in science and engineering, and received his PhD in statistics from Stanford University in 1998.  He received the 2006 Alan T. Waterman Award from NSF, which recognizes the achievements of early-career scientists.  Other honors include the 2013 Dannie Heineman Prize presented by the Academy of Sciences at Göttingen, the 2010 George Pólya Prize awarded by the Society of Industrial and Applied Mathematics (SIAM), and the 2015 AMS-SIAM George David Birkhoff Prize in Applied Mathematics.  He is a member of the National Academy of Sciences and the American Academy of Arts and Sciences.