About the Milliman Lectures 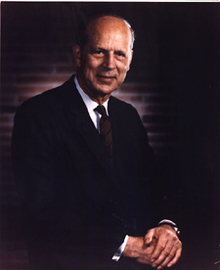 In 1983, the University of Washington received a substantial gift from Grace Milliman Pollock and her husband S. Wilson Pollock to establish an endowed fund in tribute to the achievements of Mrs. Pollock's brother, Wendell Alfred Milliman. The gift was used to establish the Wendell Alfred Milliman Endowed Fund in the Department of Mathematics. In establishing this fund, Mr. and Mrs. Pollock also sought to recognize the association of the Milliman family with the University of Washington, as described below.

Wendell Alfred Milliman received his Mathematics degree from the University of Washington in 1926. He went on to enter the Actuarial profession and served as President of the Academy of Actuaries in 1968, and of the Actuarial Society of America in 1969. He founded the actuarial firm of Milliman & Robertson, based in Seattle, which is now one of the largest such firms in the world. The fund was enlarged in 1990 by a gift from this firm.

The most visible benefit of the Fund has been the Department's successful series of annual Milliman Lectures.