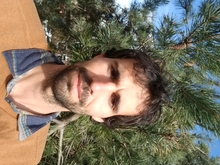 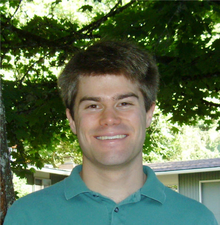 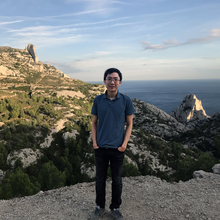 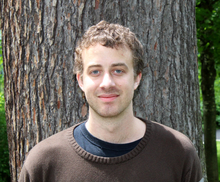 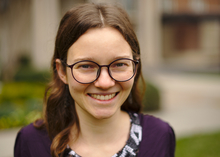 Alexis Drouot joined the department as a tenure-track assistant professor in 2020. He received his Ph.D. in mathematics from UC Berkeley under the supervision of Maciej Zworski. Alexis then held a postdoctoral position at Columbia University. Alexis's current research lies at the interface between partial differential equations and mathematical physics. He strongly enjoys discovering new topics and introducing students to research. Besides mathematics, Alexis loves hiking, biking and windsurfing.

Eric Larson joined the department as a tenure-track assistant professor in 2020. He got his AB in mathematics from Harvard University in 2013. Eric received his PhD in mathematics from MIT in 2018. He held a postdoctoral position at Stanford University before moving to the University of Washington. Eric’s research is in algebraic geometry, with a focus on the geometry of algebraic curves and the geometry of their moduli spaces.

Gaku Liu joined the department in Autumn 2020 as a tenure-track assistant professor. He received his bachelor's degree at Princeton University and his PhD at MIT, under the supervision of Alexander Postnikov. Before coming to the UW, he held postdoctoral positions at MSRI in Berkeley and the Max Planck Institute in Leipzig, Germany. Gaku’s research is in geometric combinatorics. His interests involve polyhedra, matroids, discrete geometry, geometric graph theory and applications in algebraic geometry.

Stefan Steinerberger joined the department in Summer 2020 as an assistant professor. He got a BS (2009) and MS (2010) in Austria. Stefan received his PhD (2013) from the University of Bonn in Germany. He first held a postdoctoral position and then a faculty position at Yale before coming to Seattle. Stefan is broadly interested in Analysis, Partial Differential Equations, Spectral Theory, and how these connect to other fields of mathematics and to applications. Stefan’s research has been supported by the Alfred P. Sloan Foundation, the National Science Foundation and the Institute of New Economic Theory. He has collaborated with economists, statisticians, and a psychologist. Stefan is excited about the active research atmosphere at the University of Washington.

Isabel Vogt joined the department as a new assistant professor last summer. She got her AB in mathematics and Chemistry and Physics from Harvard University in 2014. Isabel received her PhD in mathematics from MIT in 2019 under the supervision of Bjorn Poonen and Joe Harris. Before coming to University of Washington, she was a postdoc for a year at Stanford University. Isabel's research is in number theory and algebraic geometry. She is particularly interested in rational points on algebraic curves, and the geometry of these curves.