Thomas Rothvoss arrives with a bang 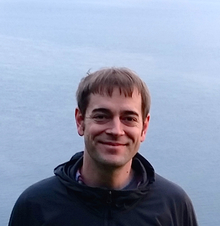 Thomas Rothvoss has been awarded the STOC 2014 Best Paper Prize for "The matching polytope has exponential extension complexity," which he will present at the 46th ACM Symposium on Theory of Computing (STOC 2014). This conference is sponsored by the ACM Special Interest Group on Algorithms and Computation Theory and will be held in New York at the beginning of June. Thomas is giving one of two plenary talks, along with the Turing Award lectures by Shafi Goldwasser and Silvio Micali.

Thomas joined our department this past January as our newest assistant professor (with an adjunct appointment in Computer Science and Engineering), after holding postdoctoral positions at MIT and, before that, at the Swiss Federal Institute of Technology in Lausanne. His research interests include approximation algorithms, linear and integer programming, combinatorics, network design, and scheduling. No sooner had Thomas arrived than he was heading down to Portland to present his paper "Polynomiality for Bin Packing with a Constant Number of Item Types," written jointly with Michel Goemans, at the ACM-SIAM Symposium on Discrete Algorithms in Portland. It too was a prize winner, receiving the SODA 2014 best paper award.