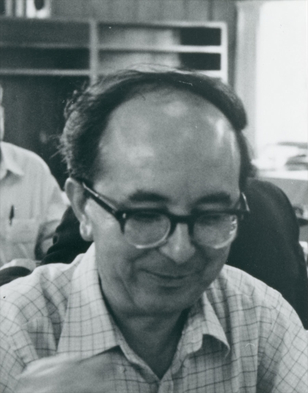 Isaac Namioka was born in northern Japan on April 25th, 1928. His family moved to Himeji, where they were one of the few Christian families living in Japan. His father was the principal of a Christian girls’ school. The household included his grandmother, who was originally from France.

After receiving his Electrical Engineering degree at Kobe University, Isaac moved to the United States and, through connections with missionaries in the Baptist Church, was able to attend college and then graduate school at the University of Kansas. At KU, he met Professor John Kelley, and later followed Professor Kelley to UC Berkeley, where Kelley became his PhD advisor and co-author of their textbook Linear Topological Spaces. It was at Berkeley that he met Lensey Chao, his future wife and fellow graduate student in mathematics. After receiving his doctorate, he and Lensey married in 1957 and moved to Ithaca, New York, where he taught at Cornell 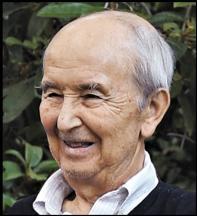 University. Both their daughters, Aki and Michi, were born in Ithaca.

In 1963, Isaac and his family moved to Seattle, where he became Professor of Mathematics at the University of Washington, focusing in the area of functional analysis. A topological space described in a 1974 paper he wrote became known as a Namioka space, with the proof of its property known as the Namioka Theorem. A special issue of the Journal of Mathematical Analysis and its Applications was dedicated to Isaac in 2008 to honor his 80th birthday. In 2013, he became one of the inaugural class of Fellows of the American Mathematical Society. He retired from teaching in 1996, but remained Professor Emeritus at UW until his death.

Isaac was also a member of the Japanese Baptist Church in Seattle. Isaac’s interests included a love of classical music, especially the music of J.S. Bach. He was also interested in black and white photography, and developed and printed his own photos. Isaac never relinquished his Japanese citizenship but remained a permanent resident of the United States.

Isaac passed away peacefully at home on September 25th, 2019. He is survived by his wife of 62 years, Lensey Chao Namioka, his daughters Aki Namioka and Michi Garrison, his grandchildren Leila Garrison, Brendan Garrison, and Sven Nilsson, and his son-in-law Erik Nilsson.

Isaac Namioka joined our department in 1963. He had spent some years as an Assistant Professor at Cornell, and his appointment to our department was proposed at the level of Associate Professor with tenure. I had joined the department just the year before, in 1962. So I was in the very first year of my service at UW, and when his appointment came up for a vote, I was surprised that I was being asked to vote on an appointment at a rank higher than mine. To my mind, accustomed to the hierarchical systems of India and England, this was extraordinary. Moreover, Isaac’s academic credentials were already so good that I felt unqualified to even begin to evaluate them. Of course I voted for his appointment without reservations.

When he arrived in the fall, we met and became friends over the following year. The shared traditions of Asian culture made it easy for us to get to an easy level of comfort in each other’s company, and our friendship soon extended to a connection between our families, which continues today.

Some years before we both arrived in Seattle, some members of the department had created a mythical mathematician named John Rainwater. I have heard that someone stumbled across an interesting mathematical result, and submitted it to the Proceedings of the AMS under the pseudonym John Rainwater, a confirmed aptly named Seattle resident. The paper was accepted and a lighthearted tradition was born. Whenever a member of the department stumbled across a mathematical discovery that was interesting but perhaps not of any major significance, there was the option of publishing it under the name of John Rainwater. In the two decades following, a few such papers appeared. It became clear that John Rainwater had wide mathematical interests. This joke gave rise to a seminar—the Rainwater Seminar—in which the topics presented had no restriction of area. Bob Phelps and Isaac Namioka were the most active members of this seminar for many years. In my early years in Seattle I attended the seminar often and got to see Isaac’s wide ranging interests and fine mind at work. He would very quietly ask a question or make a comment—quite often also posed as a question—that would bring a new perspective on whatever was being said. His main interest was in Functional Analysis and infinite dimensional linear topological spaces, a field to which he contributed handsomely. The seminar continues today, covering a broad range of topics in Modern Analysis.

The most striking feature of Isaac's personality was a quiet gentleness that immediately communicated his goodwill and put anyone he met immediately at ease. Music and photography were his two great recreations. He was a pretty good pianist and a fine photographer. He preferred to take black-and-white pictures and his home had on display many striking examples of his felicity in that medium.

Isaac’s wife Lensey was a wonderful companion to him. Lensey’s Chinese New Year dinner party was a fringe benefit to which their close friends looked forward with immense anticipation. My wife Shanta and I were the grateful recipients of this annual feast, which was meticulously prepared and served. It is impossible to describe the friendly camaraderie and banter that was exchanged at their table.

After he retired, Isaac still came to campus regularly. In these years, he and Lensey delighted in their annual trips with their two daughters and their families. These trips were out of the ordinary. For example, on one trip they hired a boat and conducted it through the canal systems of Holland and France on their own, without the benefit of a professional boatman.

Lensey started writing fiction after her daughters were grown up. She wrote for young readers and published several books, which enjoyed a devoted and considerable following. She earned a reputation and was often invited to lead workshops for aspiring authors. I remember on one occasion complimenting Isaac on something he had just published. He smiled and wryly said "That is all very well, but I will be happy if it is read by more than a hundredth of the number who read one of Lensey’s books."

We were out of town when Isaac passed away peacefully in September. He will be missed, but his gentle smiling face will be always in my memory. 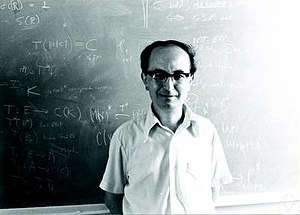 In 1963, Isaac and his Cornell colleague Caspar Curjel decided to move to Seattle from Ithaca and teach at the University of Washington. Isaac and I shared both a Cornell connection (I received my PhD there) and a Berkeley connection (I was a postdoc there). When Jean and I moved from Berkeley to the Montlake neighborhood of Seattle, not far from Isaac and Lensey’s home, they welcomed us warmly. In later years, they would invite us to a wonderful Chinese New Year’s celebration at their house with other mathematical friends.

Isaac was a gentleman and a gentle man. He was so friendly in welcoming me to the department. Early on, Isaac would ask me questions that fortunately I could answer. In that way, he made me feel confident that I had a role to play in the department. When you met Isaac in the corridor, he was always warm and friendly. In the years to come, he would stop by my office in the late afternoon so that we could walk home to Montlake together.

In retirement, Isaac continued to come to Padelford daily to work on mathematical projects. He shared his office with Bob Phelps, for whom he had the greatest affection. When Bob passed away in 2013, Isaac missed him deeply. I retired a year later and had the great pleasure of joining Isaac in his office. When Lensey was taking a class at UW, she and Isaac would come to campus together, and after class they would join a group of us for lunch at the UW Club.

Isaac was a man of gentleness who will be in our hearts forever.
People Involved:
Isaac Namioka
Ramesh A. Gangolli
John B. Sullivan
News Category:
Share
PrintPDF