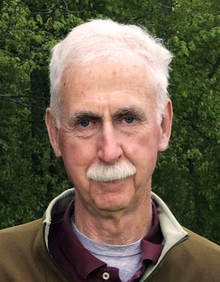 Obituary from The Seattle Times

John Brendan Sullivan was born on August 6, 1944 to Catherine D (Marshall) Sullivan and John H Sullivan in Lynn, MA. He was the youngest of three children, with a beloved older brother and sister.

John's family didn't have a car so he spent many hours riding on the cross bar of his dad's bicycle as they traveled around Lynn. He was the valedictorian of Lynn English High School in 1962 and received a full academic scholarship to Harvard University. When a Harvard alum came to interview him at his house, John was sure that the man had never conducted an interview in such poverty before. When he graduated from Harvard in 1966 he was the first person in his family to graduate from college and his parents were immensely proud. John received his PhD in mathematics from Cornell University in 1971 and completed his post doc at the University of California, Berkeley.

John married Jean H Hedlund in Ithaca, NY in 1970. They met in a downhill skiing class at Greek Peak near Ithaca and then never downhill skied again. John and Jean moved to Seattle in 1973 and he began a 40 year career as a mathematics professor at the University of Washington. They purchased a starter home in the Montlake neighborhood that ended up being their finisher home as well. John was kind, compassionate and intelligent. He loved old books and could converse for hours on any subject. He always made time for others, whether it was a student during his office hours, a friend lunching with him at the UW Faculty Club, or a grandson wanting him to watch one more model rocket launch. John cherished his family, both near and far and will be missed dearly.

He is survived by his wife of 50 years, Jean, two daughters Katie and Ellen, a son-in-law Micah Remley, two beloved grandsons and two adoring cats. A private funeral has been held. In lieu of flowers please donate in his memory to Conservation Northwest (conservationnw.org).