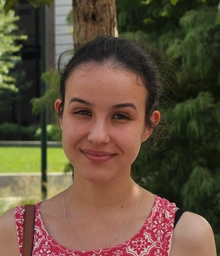 In this talk I will present some results about the GIT stability of Halphen pencils of index two under the action of SL(3). These are pencils of plane curves of degree six having nine (possibly infinitely near) base points of multiplicity two. Inspired by the work of Miranda on pencils of plane cubics, I will explain how we can explore the geometry of the associated rational elliptic surfaces.

The talk will start with a pre-seminar at 2pm:

Abstract: Perhaps one of the simplest examples of an elliptic fibration is given by blowing-up the nine base points of a pencil of plane cubics. In general, for any m>1 we can consider certain pencils of plane curves of degree 3m called Halphen pencils. Blowing-up their nine base points yields a rational surface admitting a genus one fibration with exactly one multiple fiber of multiplicity m. The main goal of this pre-talk will be to illustrate this beautiful correspondence by presenting many concrete examples for m=2.