Brill-Noether theory over the Hurwitz space 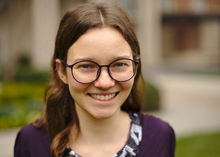 Let C be a curve of genus g. A fundamental problem in the theory of algebraic curves is to understand maps of C to projective space of dimension r of degree d. When the curve C is general, the moduli space of such maps is well-understood by the main theorems of Brill--Noether theory. However, in nature, curves C are often encountered already equipped with a map to some projective space, which may force them to be special in moduli. The simplest case is when C is general among curves of fixed gonality. Despite much study over the past three decades, a similarly complete picture has proved elusive in this case. In this talk, I will discuss recent joint work with Eric Larson and Hannah Larson that completes such a picture, by proving analogs of all of the main theorems of Brill--Noether theory in this setting. In the course of our degenerative argument, we'll exploit a close relationship with the combinatorics of the affine symmetric group.

The talk will start with a pre-seminar at 2pm:

Abstract: In this talk we'll introduce the problem of understanding the space of degree d maps from an abstract curve C of genus g to P^r, and the key player: the Brill--Noether locus W^r_d(C). After computing some examples, I'll explain a little of what is ``expected" and known when the curve is general.