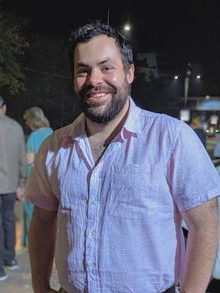 If you take a collection of planes in \$\mathbb{R}^3\$, then the number of lines you get by intersecting the planes is at least the number of planes. This is an example of a more general statement, called the "Top-Heavy Conjecture", that Dowling and Wilson conjectured in 1974.

On the other hand, given a hyperplane arrangement, I will explain how to uniquely associate a certain polynomial (called its Kazhdan–Lusztig polynomial) to it.

The problems of proving the "Top-Heavy Conjecture" and the non-negativity of the coefficients of these Kazhdan--Lusztig polynomials are related, and they are controlled by the Hodge theory of a certain singular projective variety. The "Top-Heavy Conjecture" was proven for hyperplane arrangements by Huh and Wang in 2017, and the non-negativity was proven by Elias, Proudfoot, and Wakefield in 2016. I will discuss work, joint with Tom Braden, June Huh, Nicholas Proudfoot, and Botong Wang, on these two problems for arbitrary
matroids.